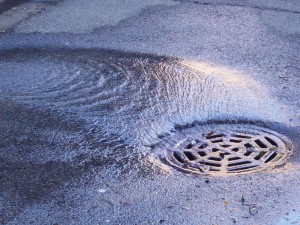 One of the major contributors to water pollution is of course sewage. Unless this has already been done, it is likely to be the one major investment that any island needs to make to ensure that this is mitigated.

Such major sanitation projects do not have a simple/direct economic return. Instead they often need to be justified on the long-lasting ‘damage to nature’ basis and the subsequent loss of marine life, tourism and the cost of importing more food due to the loss of fisheries. Funding these projects usually requires outside help as they are basically infrastructure projects. Attaching value to the island’s ‘nature asset’ as well as calculating the island’s water pollution acquatrail (see Marine Positive certification) cost-of-damage is very helpful in this regard.

Run-off from agriculture and storm water (collecting debris and pollutants along the way) are also often critical issues. Pesticides and fertilisers used on land, WILL eventually run off into the sea and chemically interfere with marine habitats, potentially killing them without hope of recovery.

Littering and personal dumping of trash/garbage/waste in or near the ocean is a behavioural change that sometimes requires considerable effort through education and communication. See the section on ‘engage your inhabitants’.

We can recommend experts in this field from leading European Universities. Contact us below.

A BLUE Island:
• Values what oceans/seas contribute to life
• Benefits from water-based tourism
• Wants to diminish damage to marine life